A tale of two Ruths 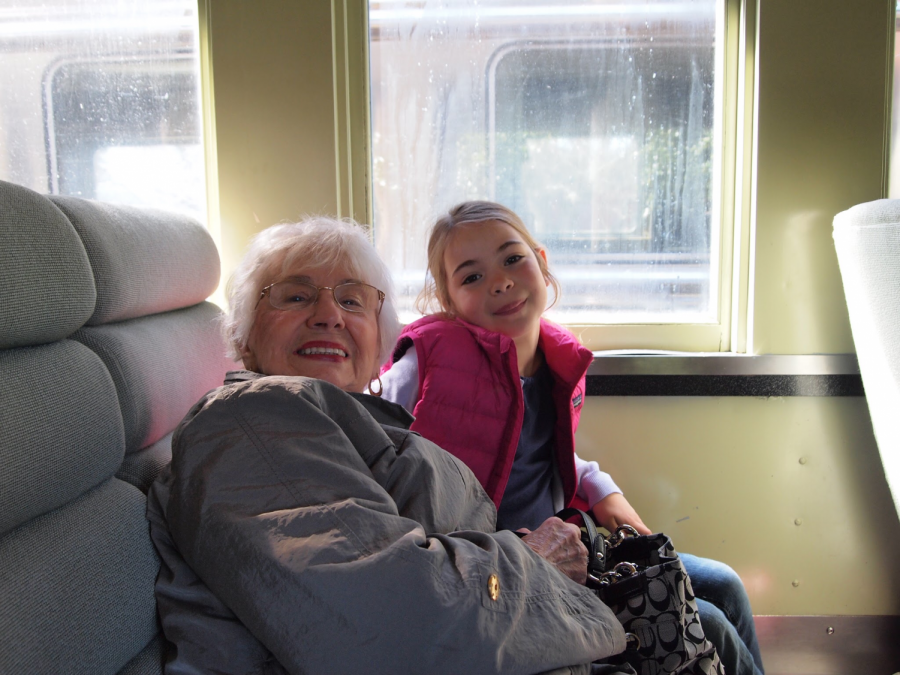 The early 20th century was a popular time for the name Ruth. Whether for the biblical figure that my grandma’s family thought she was named after, or the baseball legend, Babe Ruth, who played in the MLB from 1914 to 1935, that my grandma was actually named for. My grandmother was born in 1928, just eight years after women won the right to vote and one year before the stock market crashed, causing the Great Depression, which hit its apex in 1933, the year Ruth Bader Ginsburg was born. While women’s rights have by no means been wholly achieved, they have expanded significantly since 1928, in no small part due to Ruth Bader Ginsburg’s work. RBG was singled out as a mug worthy feminist icon years before her passing this September, but her death has led our country to reflect on her career in these past months more than ever before. For me, my grandmother’s life is somewhat of a case study for examining RBG’s impact.

My grandfather, Captain Robert Emmet McCabe II, served in the U.S. Navy from 1946 to 1976, which meant that he was mostly overseas while my grandmother was raising their nine kids. So, contrary to the societal expectations of the era, it was my grandmother who paid the bills and managed the expenses for their family. However, despite her integral role in their finances, she could not apply for a credit card or mortgage without a male co-signer until 1974, with the Equal Credit Opportunity Act, which is widely regarded to have been made possible by Ginsburg’s work as an attorney up to that point. When my grandmother became a widow in 2008, this legislation made it possible for her to retain her financial independence, something that she and her husband had feared she would lose while he was in the military if he were to die in combat, causing them to try to artificially safeguard her right to their money at the time. These efforts felt even more vital because she was retired and had been ever since becoming pregnant with their first child in 1950. This was the customary time for women to quit, as pregnant women were often fired, an action that was not illegal until 1972 when RBG ruled that it was sexual discrimination, protecting my grandmother’s daughters years later as they entered the workplace.

A woman’s right to control her money and to build a career while building a family were not the only freedoms my grandmother gained over time. Before 1979, it was normal for juries to be all men. Similarly, prior to 1996, it was legal for state-funded schools to deny attendance to women. Ginsburg challenged both of these injustices, establishing a women’s right to public education and equal value in a courtroom. Even in death, Ginsburg created change as the first woman to lie in state, the tradition of honoring a public official by displaying their casket in a government building, at the U.S. Capitol.

All of this growth contributed to the drastic change in what is considered “normal” for women during my grandmother’s life. For example, since my grandmother retired in 1950, the percentage of women in the labor force has increased by over 20%. However, they are still not paid the same as men for the same work. Additionally, according to the 2016 EEOC Select Task Force on the Study of Harassment in the Workplace, 60% of these women experience sexual harassment with limited framework to pursue legal action or hold their companies accountable. Despite earning less, women are subject to higher gender-based pricing, a phenomenon commonly referred to as the pink tax, along with being literally taxed for period products, which are not considered necessities like food, clothing, and medicinal equipment.

The most important impact of RBG’s career is that it made this work more than one Supreme Court Justice’s job. Women’s rights will continue to expand in grandma’s lifetime and past it. I hope that my generation’s grandkids can be as shocked to hear about what was okay in my lifetime as I was to learn about the sexism and misogyny in my grandmother’s.